The Body Shop partners with Dress for Success Canada

Since the Fall 2012, we have been exploring a partnership between the Canadian Dress for Success affiliates and The Body Shop. It has been exciting to see this relationship develop. The Body Shop is about to launch a major fundraising campaign starting August 12, 2013 in which Dress for Success in Canada will be a participant. 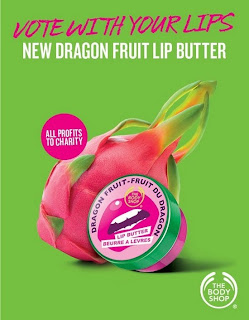 Specifically, The Body Shop will donate 100% of the profits to charity. 25% of the donation will be paid to the Body Shop Foundation to support its international initiatives. 75% of the donation will divided between three Canadian charities based on the following format:
While the campaign will run for one year starting Aug 12, 2013, the product will be actively promoted in store for 3 months. The vote allocation at the end of three months will determine the donation distribution as noted above. As part of the campaign, each charity will be profiled for one month in every store. Dress for Success Canada will be profiled in September. The other two charities involved in this year’s campaign are Polar Bears International and the Seeds of Diversity.

In 2012, the campaign ran for 6 months and raised just over $22,000. The charities involved were The Humane Society of Canada (1st place), Canadian
Association of Elizabeth Fry Societies (2nd place) and the Canadian Parks & Wilderness Society (3rd place).

So please make sure you vote for Dress for Success Canada- we look forward to your support! Thank you.

Posted by Dress for Success® Vancouver at 2:17 PM