A Blast From the Past: Dress For Success Vancouver Founder Astrid Levelt 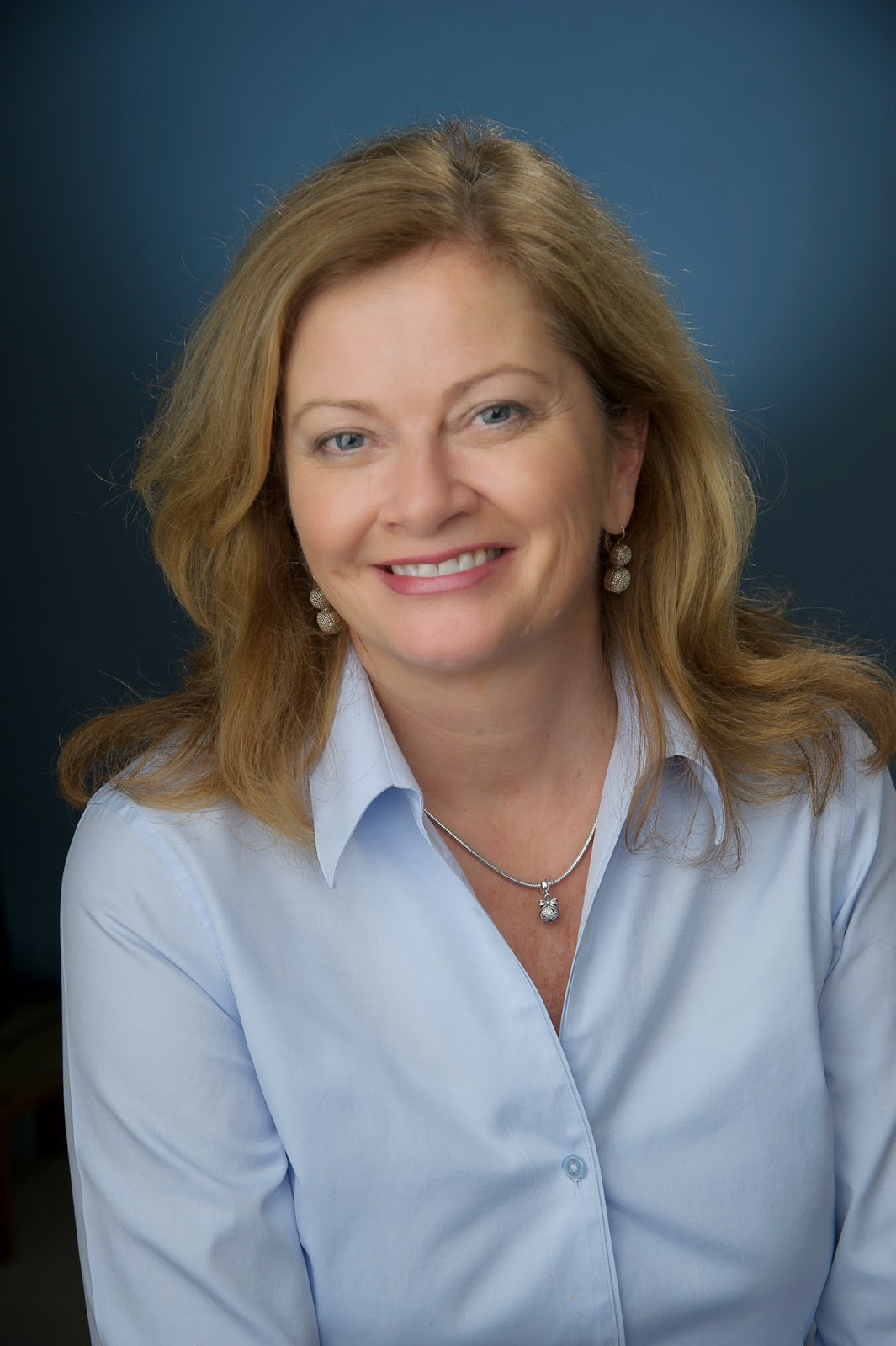 As we gear up to celebrate our 15th anniversary in March, we had the pleasure of speaking with Astrid Levelt, the founder of Dress For Success Vancouver. With the energy and passion of a natural born leader emanating from her voice, Astrid shares fond memories of the organization's early days. From the feeling she got the first time she met a client to the reasons why the organization is so successful, read on to find out more about the woman who started it all.

15 years of Dress for Success Vancouver! How does it feel?
It’s pretty exceptional, I’m so thrilled.

What do you attribute to its success?
The success and longevity of the organization really comes down to the commitment of the early volunteers. It goes back to having a small group of dedicated volunteers right at the outset who did all the hard work such as sorting clothes and setting things up.

What were some of the amazing things the early volunteers did?
A woman at the first meeting said that one of most important things in developing a non-profit is having really amazing volunteers. She volunteered to develop the training manual for our volunteers. We counselled and trained all of them. There was mandatory training before they could even talk to clients or sort clothes. That’s how comprehensive it was.

What gave you the inspiration to start Dress For Success Vancouver?
It was August of the year before we opened. I saw a TV show interviewing Nancy Lublin about Dress For Success; it reminded me of when I lost a job a few years earlier and my mom took me out and bought me new clothes. She bought me three new outfits and I remember how great I felt. At the time there were 26 programs in the US and Vancouver became number 27 when we opened our doors fives months later.

Full circle moment: All three of those outfits were subsequently donated to Dress For Success Vancouver.

Why did you start the organization?
I’d always enjoyed doing volunteer work but hadn’t always found the work to be as rewarding as it could’ve been. I wanted to create a place that was about creating a great experience for everyone involved. A great volunteer experience was very important. People have volunteered in places that were short lived because they don’t always feel appreciated or don’t feel that the work is as rewarding as it could be.

I’ve always felt that Dress For Success Vancouver is something in between serving food in a soup kitchen and being a big brother or sister, those are two extremes. Dress For Success Vancouver allows you to help 4-5 people a day and anything you can do for them they feel gratitude. Then there’s something that’s engaging about it and makes people feel great about themselves.

What was it like starting the organization?
We had our first meeting in December 1999 and opened our doors in February 2000. Going from concept to opening our doors in 7 weeks is unbelievable. It’s all because of hard work and amazing volunteers, some dragged their husbands in to build change rooms. My dad built the original change rooms and my mom and I painted the walls. I begged, borrowed, and stole clothing racks. Plum clothing was our first contributor and they’re still helping to this day.

You started with nothing and opened your doors in 7 weeks. How did you manage to do it?
I called together some friends and friends of friends and invited about 20 people to a wine and cheese I hosted at my parent’s house. People whom I didn’t know well and some whom I’d never met came to that. I told them “here’s my idea and here’s what I want to do.”

I approached a Catholic priest that I knew and asked for space. He found us space on Main & 12th at St. Patricks Parish. We started off in the bedrooms of four nuns: 2 rooms for clothing, 1 for accessories and 1 change room. We literally started with four 12x12 spaces and built it up to what it is today.

When you started did you know it would be this successful?
No. I could not have predicted what Dress For Success Vancouver could've achieved or the thousands of people it could've helped.

Can you tell us about the early days?
If I was volunteer #1, my mom was volunteer #2. We didn’t have an online booking system because we had no internet access. We only had a cell phone so our booking system was two volunteers - my mom and another woman taking turns taking bookings daily. The bookings opened at 4pm and people could call in and book appointments.

We started with two member agencies - agencies who refer clients to us. In the early days we didn’t know what we didn’t know. They told us what we needed to know in order to build a better program and gave us other ideas as it evolved.

When we started we kept 80% of the clothes we got because we didn’t have a lot of donors. We had a small network of donors and no volunteer turnover, they came and stayed.

As per Executive Director Jennifer Halinda "we keep about 60% now and re-donate clothes to WISH Society and Big Brothers. We also hold 3 clothing sales a year of vintage designer wear and all proceeds go back into our programs."

How did you feel when you met your first client?
The first time meeting a client face-to-face and helping them find suits was such an unbelievable feeling. Clients walked in unsure of what they’re getting into, they didn’t know what to expect and weren’t feeling great about themselves. In the early days they walked out in the clothes they selected; they walked taller and looked happier, it was such a neat experience.

What was the turning point in the organization?
As I mentioned my mom was one of two people taking bookings. By 6 months we couldn’t handle the work and we knew we needed to hire but had no money. I was able to rally $5000 from Dress For Success worldwide which was just enough to fund someone to work 10-15 hours. That person was Deborah Twocock. She was able to work 10 hours a week from her home office and gradually worked up her hours to become full time.

Deb played a huge part in the way Dress For Success Vancouver was built and sustained. She made people feel valued, like they were the single most important thing to the organization’s success. One of my biggest accolades in starting the organization was being able to hire Deborah Twocock.

Can you tell us a little bit about Deb?
Deb was amazing at developing relationships, in fact many networks and relationships developed in Canada can be attributed to Deb’s great work. She was a well respected member of the worldwide network which includes receiving the Nancy Lublin Award.

She’s been there from the beginning until she lost her battle to cancer. She passed away in April 2014 and my mother passed away in December 2013. My mom was a standout presence at Dress For Success Vancouver as well as Deb.

We opened our doors on February 2, 2000 and Deb’s daughter was born in March 2000. We’ve been able to track the success and growth of Dress For Success Vancouver through Deb’s daughter, Maddy.

Do you have any hopes or wishes for the next 15 years?
I don’t pretend to know all their future plans but my hope is that it can continue to provide a wonderful experience for clients and volunteers.

Any full circle moments?
One is when we first created the Professional Women’s Group. The program came about because we started seeing clients coming back 3 months after they had gotten a job and were being re-referred to us. Some of the women were not surviving through their probationary period. A lot of agencies help people get jobs but no one was in the business of helping them keep their jobs. We found that there were basic things missing in people’s lives, that if they didn’t have a continuous history of employment they would be missing some of the soft skills of working in an office.

It happened in the early days during one of the first meetings. A woman had just started her job and she brought in her pay cheque. She held it up proudly and said she needed to show us her pay cheque before she would even deposit it.

Another is watching people grow and the vital role that Dress for Success Vancouver played. Not only did they get a job through dressing and retain their job through the employment side, there was a life changing aspect to it that was so important. It impacted their children and families because these women became role models for their children. They were productive, contributing, financial providers. What an amazing thing Dress For Success Vancouver has been able to achieve and create such an impact on society.

Are you involved with any initiatives today?
I still do volunteer work, things that make people feel great. My latest project is supporting women in feeling great by donating unused cosmetics and skin care supply packs. Every woman has some unused cosmetics lying around.

The project is just starting and we're planning to support single mom groups like those at YWCA and Union Gospel Mission. I’ve found that when women have any money left over, they usually spend money on their children but never themselves. We're holding cosmetic drives twice a year, packaging and redistributing unused cosmetics and skin care.

Can you share one of your most cherished memories?
One of my lasting legacies is my relationship with Deb. My husband and I ended up being very involved with Deb’s care, she was very special to us both. Dress For Success Vancouver did a big event for Deb and it was such an amazing way to honour her.